Balis beach rubbish  has reach truly epic proportions ! During our month in Bali we took a cruise down to Balangan. Jaw dropping doesnt cover it. On arrival on top of the cliff we were met by a plastic covered bay. The day got worse ! 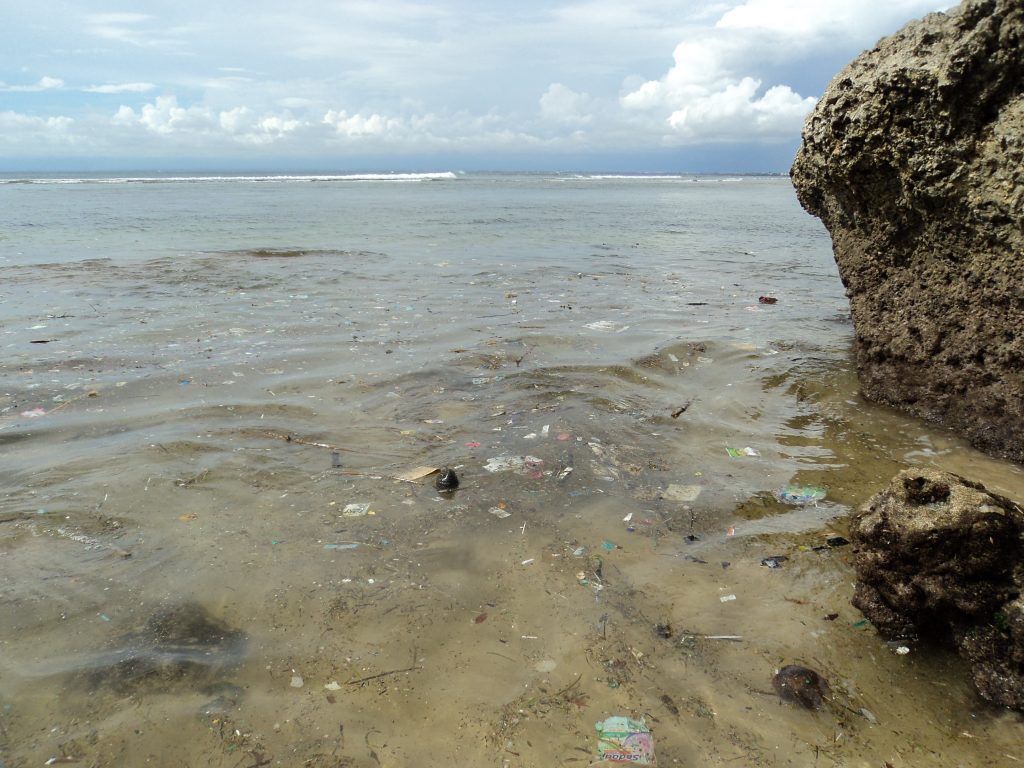 The general rule of thumb when visiting Bali with surf in mind is simple. Any month with an R in it you head east and the rest you head west. Being March we generally hang on the East coast. The pristine waters around Nusa never fail to satisfy. It has to be said that the reef at Nusa is teaming with fish and the waters are super clear as well. Surfing here at sunrise give you the real Indo experience with great waves , no crowds , but more importantly the ocean is crystal clear. 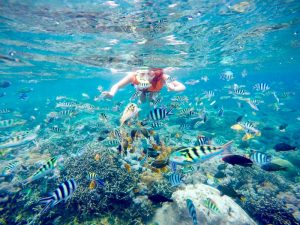 Having enjoyed a great little surf at Gegger the other moring we decided to hit the west coast. A nice family day out to explore some of the super famous spots. My kids had listened to my tall stories of the mysical spots of Umuwaty , bingin  and of course Padang Padang ( so good they named it twice).

The parking at the top of the cliff gave a great view of the left hand side of the bay. During our decent to the beach it was a real sad  site to see the entire wind sheltered side of the bay totally full of plastic! Not really an appealing site. There wasnt too much going on in the way of swell when we arrived , so we sat down in a cafe with a view and had lunch.There was a whole bunch of learner surfers and a pretty rubbish wave happening.

When we arrived on the beach it was obvious that this island was in some serious trouble.  My six year old son was keen to have a go on a sponge as the surf was small and forgiving. Against my better judgement we rented a sponge and got in there. After a few minutes the surf was cancelled. I decided that it wasnt a really healthy idea as we literally couldnt take one stroke without hooking a piece of plastic !! Personally for me, as i remember this place from 30 years ago, it was a sad moment. My boy was just stoked to get out of the rubbish bin and back on the beach.

The tide dropped exposing the reef as the day went on. I remember from years ago that its a cool place to hang in the rock pools at low tide. Sadly the dropping tide left a once beautiful reef covered in a thick layer of plastic. Making the best of a shocking day i suggested a walk over to the left hand side of the bay. But  it was alazing to see that the kids had to stay on the sand in order to avoid the endless rubbish. 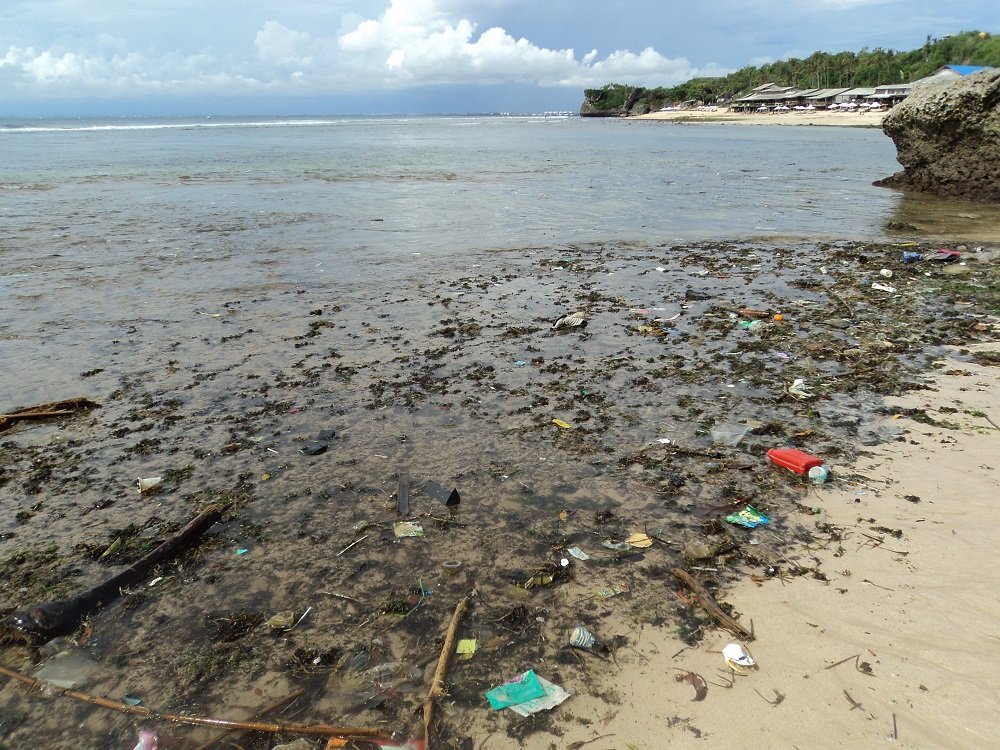 The afternoon finished early as the amont of pollution pretty much destroyed any enthusiasm to explore and the heat was intense.

A truely shocking and sad day to see what had happened to Bali. A bit of a wierd situation for me to have to explain that the sport that i had devoted my life to was know to some extent and in some areas ruined. To be clear its not entirely the fault of tourism on the Island, but some of it is. The locals are all wawre that a massive problem for the pollution is Java. The Javanese puile there rubbish up high then when the rain comes and washes it all away , the probme os solved. Peoples greed to get rich has resulted in a mushrooming skyline of five star hotels as far as the eye can see. Its a shame that some of those millions arent spent on protecting our oceans.

We spend most winters in Bali and continue our SURF GUIDING service on the Island. If anyone is thinking of planning a surf trip to Bali and need help finding the clean spot with great waves , please don’t hesitate to CONTACT US. We can also arrange accommodation in FRANCE or Bali.

We left Balangan with a lesson for the next generation about the short sightedness of humans. The monumental job that our children have to try and save our oceans and the rest of the planet. First step being say NO to plastic bags when shopping and please recycle hard !

We use cookies to ensure that we give you the best experience on our website. If you continue to use this site we will assume that you are happy with it.Ok